More on the topic

The threat of side-channel attacks is as real as never before.
Even theoretically robust and well-studied cryptographic solutions can be vulnerable due to faulty implementation.
Side-channel attacks aim at obtaining sensitive information (the key) through the measurement of some physical quantity while the faultily implemented program is running. 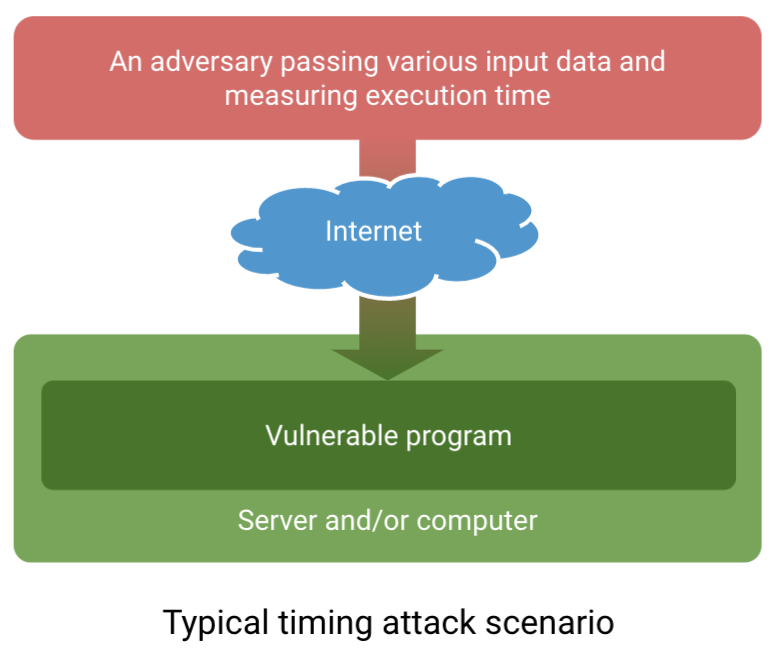 A typical timing attack.
Timing attacks to look out for when developing cryptosystems

Timing attacks became widespread after Paul Kocher's 1996 article. Countering timing attacks is rather challenging – running time has to be independent of sensitive data, meaning that developers have to be highly competent and adhere to non-standard coding practices.

Since timing attacks are rather difficult to defend against, there are similar vulnerabilities found in almost every cryptographic library. According to the Common Vulnerabilities and Exposures (CVE) system, thirteen vulnerabilities rated Medium and four rated Low were found in OpenSSL, the most popular software library. Some of the attacks have already been described (Paper 1 and Paper 2).

The most damaging attacks are Spectre and Meltdown. Due to hardware vulnerabilities in processors, timing attacks make it possible to obtain various sensitive information. The reasonable conclusion is that timing attacks should not be underestimated, and even the most competent developers and engineers can make mistakes.
How to protect your hardware and software against timing attacks?